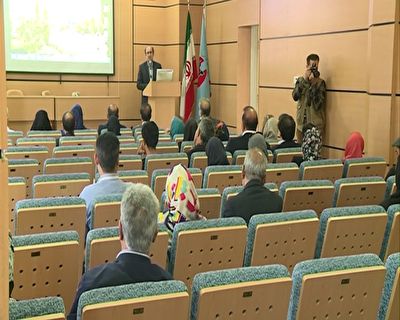 The Symposium on Parkinson's Disease and its most successful surgical procedure were held with the presence of more than 100 neurologists and Parkinson's patients from across the country.

Dr Ali Razaman, head of the Center for Neural Network and Shiraz Medical Modulation, said the Parkinson's disease is the second most commonly occurring disorder in the world, and the disease usually begins between the ages of 55 and 65 and its prevalence In men, more than women.

He noted that in less than 5% of patients the genetic origin of the disease is the cause of the disease, he said: The symptoms of this disease are motor disorders (dryness and stiffness, vibration and slowness of movement) and non motor disorders (pain, anxiety, depression and sleep disorders) Is.
Dr Razaman added: "Twenty years ago, the disease was treated only with medication, and some medications did not have a significant effect on the patient's body, but since 2002, there has been good research in the world that led to the practice of dbs surgery Became

The head of the center for neurological and pulmonary modulation stressed that in this operation, about 80% of patients return to their normal life, and drug use is reduced to 50% of patients.

He said: Shiraz and Tehran are the only centers in the Middle East that can carry out this surgery and this is an important development in the treatment of this disease.